The Cribbs/Patchway new neighbourhood is set to be a major feature of the North Fringe in the coming years. By 2027 it will provide 5,700 new homes, together with a new Enterprise Area linked to Filton’s world-class aerospace sector. It’s a rare opportunity to create a sustainable, attractive new community, right in the heart of the West of England’s economic powerhouse, and it’s important we get it right.

Top of many people’s to-do list is transport, and that’s understandable. The North Fringe already has very busy roads, thanks to its vibrant economy, and the prospect of thousands of new vehicles arriving with the inhabitants of the new neighbourhood is daunting. Traffic congestion hampers economic development, reduces the quality of life for residents and harms the environment. If the new neighbourhood is going to work, we need to offer new residents viable alternatives to the private car and, ideally, we need these alternatives to be in place before they move in.

We’ll do this in a number of ways. First, we’ll ensure through the planning process that all development prioritises sustainable types of transport, such as walking, cycling and public transport, over the private car. Second, we’ll make sure that the new neighbourhood offers a genuine choice of travel modes – one size won’t fit all, and we’re investing in a range of transport options to make sure that individual needs are catered for. And third, wherever possible we’ll link transport provision to the neighbourhood’s development phases, working with developers to ensure that new residents can make the best travel choices right from day one.

Walking and cycling will be a big part of these plans, as the most healthy and environmentally-friendly ways to get about for short journeys. The North Fringe already benefits from a growing network of cycle routes thanks to initiatives such as the Local Sustainable Transport Fund, and the new neighbourhood will add to these with a comprehensive network of high quality cycle and pedestrian paths. We want to make it easy and attractive for people to choose to walk and cycle, especially to their place of work, as part of a package of measures to reduce traffic congestion and promote healthier lifestyles.

At the same time, we recognise that walking and cycling alone will never meet all of our transportation needs so we also have comprehensive measures in place to promote public transport use. Bus travel will be key to this, and we will build on previous investment in the area – such as the £80m Greater Bristol Bus Network – with new local bus services and routes running within 400m of every home in the new neighbourhood.

Bus travellers will also benefit from the new neighbourhood’s connections to the multimillion pound MetroBus regional ‘rapid transit’ network, which is expected to be up and running within the next few years. MetroBus will be a different kind of bus service, with fewer stops, faster boarding and more frequent services providing direct and reliable connections between the West of England’s main employment and residential areas. The network’s North Fringe to Hengrove route is set to begin in 2016, and will be extended by 2019 to run directly through the new neighbourhood ensuring that residents have even easier access to these fast, reliable services.

Rail will also play an important part in the new neighbourhood’s sustainable transport mix and land has been set aside for two new rail stations at Filton and Henbury as part of the West of England’s ambitious MetroWest programme. It’s anticipated that by the early 2020s these stations will be served by hourly passenger services running on a reopened Henbury line and we’re fully committed to making this happen as a key part of our transport strategy for the new neighbourhood.

Could these rail services be brought forward to start any earlier than currently planned? We’re keen to get the Henbury line up and running as soon as we can and we’re actively exploring ways to do this. However, we have to be realistic. The service will depend on significant investment from central government and other sources, and we have to work to their timescales. We also have to recognise that the business case for the service will depend on progress with the new neighbourhood – without this development there just won’t be sufficient passengers to justify reopening the line.

Finally, the new neighbourhood will also benefit from measures to improve the local road network and improve traffic flow, which will be good for bus services as well as car drivers, and make the road safer for cyclists and other users. We’re investing millions in schemes to increase capacity at some of the key junctions along the A38 and the majority of these will have been completed before the new neighbourhood’s residents begin to move in.

In this way, we aim to make sure that when householders begin to arrive at the new neighbourhood they will have a wide, and growing, range of sustainable transport options available to them, linking them to bus and rail networks throughout our region. This is our vision, and it has been developed through extensive discussion and debate with local people and our neighbouring authorities. We believe it offers the best possible solution to the transport challenges of the new neighbourhood and we’re determined to make it work, for the benefit of the whole of the West of England.

This article originally appeared in the January 2015 edition of the Bradley Stoke Journal news magazine, delivered FREE, EVERY MONTH, to 9,450 homes in Bradley Stoke, Little Stoke and Stoke Lodge. Phone 01454 300 400 to enquire about advertising or leaflet insertion. 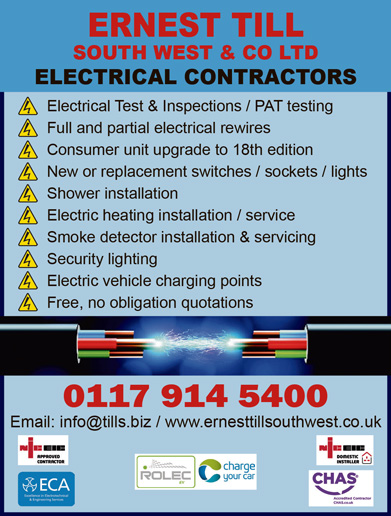 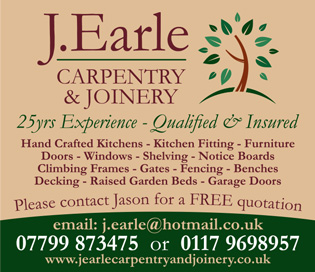